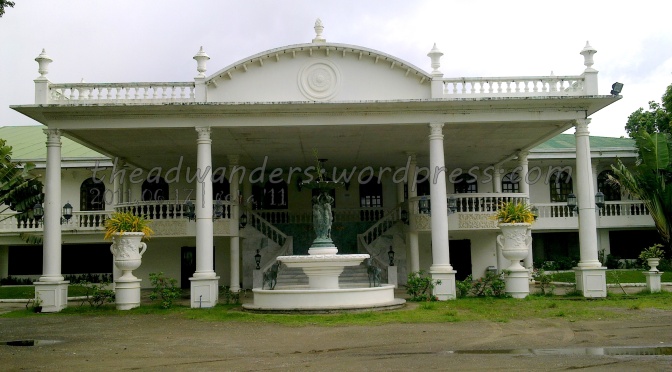 Work has brought me to Iloilo a number of times, usually staying at the City Proper district as it is equally close to either Barotac Viejo in northern Iloilo and Mambusao in Capiz. These are the two river irrigation systems we are monitoring for NIA-JICA TCP2, the joint project of Philippine and Japan governments that I am working with (more info at my personal blog).

Since Iloilo is such a big city, with seven districts covering 180 barangays, expect that there is relatively much hustle and bustles especially in the City Proper. If you are on vacation and you want to stay away from it all, you might want to head in the Arevalo District and enjoy some beach scenery (though it’s not a very attractive beach) and relatively fresher air. Well, I wasn’t on vacation but we still went to Arevalo because this is the location of Punta Villa Resort, the venue for the test run of a training manual for farmer leaders.

The website’s homepage has this introduction: “Located in the one of the city’s coastal towns, away from the crowds, is a place where old world elegance still exists. In this modern age of square structures and modern lines, Punta Villa Resort stands out as the only place where old and new elements meet. You can just imagine ladies wearing magnificent gowns and men in coat tails dining under the glittering candelabras.” True enough, every time I go to Punta Villa (this was my 3rd time), I always get transported in the time of Elizabeth and Mr. Darcy in Derbyshire and to Victoria and Albert’s palaces and gardens.

As I’ve mentioned before, we arrived at Iloilo on a rather rainy week. Though it wasn’t raining at all when we left the airport, it already started the downpour by the time we arrived and was raining heavily (photos were taken while there’s a slight rain)  by the time we left for Manila. This also made the hotel compound kind of wet since a rather large area reserved for parking remains to be a soil and grass surface. This sort of translated to a pond-ish state, which unexpectedly gave the compound a more garden-ish feel as in like the lawns in front of those century-old palaces.

Upon our arrival, we proceeded to restaurant to have our lunch by the pool area. When we got there, and even though it was raining, a couple of tables were full of teenagers to mid-20’s guests having a chill time swimming, eating, drinking and just chatting the afternoon away. The pool is quite big, reminds me of the one in beside Baker Hall in Elbi. If I counted correctly, there are three pools: one by the restaurant (the big, olympic-size looking one), and the two beside it (one with the slides and then the circular one).

Dining at the restaurant is also a pleasure as it tries to have that centuries-old appeal cohesive with the entire Punta Villa concept. It’s an open air restaurant with chandeliers and lamps on the white posts and is surrounded by some type of red brick walls in some areas. Though not as decorated as the banquet halls and not as fine dining looking with the seemingly fast-food style of plain white tables and chairs, the food is quite good and a real value for money.

There were eight of us sharing two servings of Seafoods with Vegetables (means more seafoods than veggies, I think between P150-250), a big bowl of molo soup (P80 only!) and a serving of the Pancit (which I forgot the name coz it’s not normal sotanghon or bihon, P120-160). Everything tasted great but the downside is that a cup of rice is quite pricey at P20 (well, I guess it’s standard for hotels). And as I am the youngest and probably the most capable (read: demolition job mode!) of finishing the food after the “watching-what-we-eat” counterpart staffs had their fill, there was almost nothing left at the plates by the time we were done!

Amd so, after eating, it’s time to sleep–I mean have the planning meeting. So we checked in to our hotel rooms and had the meeting in bed. Hehehe. No, seriously. We had a meeting while laying down or sitting on the bed with my laptop and the printed copies of the manual and schedule. After the meeting, it’s now time for dinner (lunch was at 3PM, remember?) as the farmers have arrived from Barotac Viejo as well. And with dinner comes night photography which will be featured in another blog so keep reading and visit from time to time. 🙂

5 thoughts on “Punta Villa Iloilo: a garden estate away from the city (Part 1)” 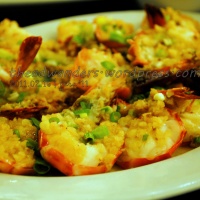 Content are written and photos are taken by The Diarist, unless otherwise stated, and I reserve the right for its use. If you want to use any of the photos for personal and/or commercial purposes, please email me at geralynrigor@gmail.com. I might even send you the full-size originals. Happy wandering! Copyright 2011-2019 | Geralyn Rigor ©The Diarist Wanders