The Coronavirus Disease 2019 or COVID-19 pandemic has affected lives all over the globe, including ours and millions of people wishing to travel and visit iconic travel locations and wonderful destinations.

While the pandemic definitely had the most devastating impact on informal economies (particularly “no work, no pay” jobs and hand-to-mouth income brackets), the global aviation and tourism industry has also taken the economic brunt.

To get us through our collective travel deprivation despair, here’s some iconic travel locations (some quite obvious and some less known) you might want to add to your post-pandemic “revenge travel” bucket list (or even “religious places to visit”, as it turns out) once we take to the skies as borders reopen and the world is safe again.

One of the things I love most about traveling is the learning that comes with it — just like the way I was taught of Brunei’s water villages not from the books but by experiencing it myself! Though there’s no sand and sea (in the sand, sea and sky peg of #100days), the river that flows through Kampong Ayer and the web of water villages in the area deserve some attention and focus too! As Brunei, or at least the Sultan, is among the richest in the world, i didn’t really expect to see water villages as it reminds me of slums in the mega cities. I was, however, amazed at how and why the people of Kampong Ayer, though most likely as rich as the average mainland Bruneians, chose to preserve their history and local heritage by living and thriving in the water villages. To learn more about the water village life, read my blog post on the Kampong Ayer and do some armchair traveling via a walking photo tour and a viahera vlog.> 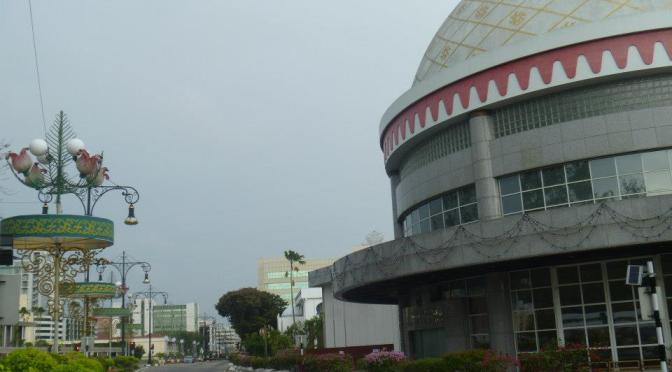 After visiting the Kampong Ayer (water villages) and having lunch at CBTL where Zaza met me, we then went to the Royal Regalia Museum, one of the must see places in the capital Bandar Seri Begawan (BSB).

The Royal Regalia Museum houses the “treasures” of the Sultan and the Sultanate of Brunei, ranging from personal collections of photos and memorabilias to gifts from various State leaders and governments. I guess you can say that just like in old times where the visiting envoys or monarchs or sultans/datus/rahas present exquisite gifts to the host, visiting State leaders or Ambassadors also present tokens from their countries as a gesture of “friendship” between countries. The collection included birthday gifts as well as anniversary gifts for the commemoration of the Sultan’s coronation.

END_OF_DOCUMENT_TOKEN_TO_BE_REPLACED 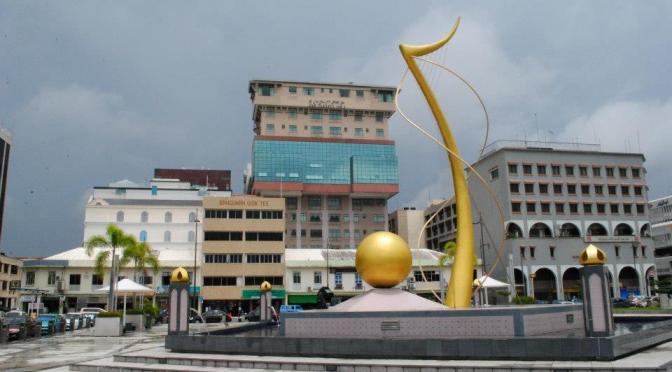 After visiting the Sultan Omar Ali Saifuddien (SOAS) Mosque and before heading to the Kampong Ayer (water villages), I first went around to check out the streets of Bandar.

From the massive open field to government offices, from clean streets golden posts and chic-looking shopping places, Bandar Seri Begawan, to me, screams of opulence. END_OF_DOCUMENT_TOKEN_TO_BE_REPLACED

Note: The delayed Part 2 is on Yayasan and surrounding areas, Part 4 is inside the Kampong Ayer Cultural and Tourism Gallery, Part 5 will be the Royal regalia Museum and the Masjid Jame’ Asri Sultan Hassanal Bolkiah. Please bear with my slow writing and uploads!

After having breakfast and doing some walkabout and shopping at Yayasan (it’s raining so I had to stay indoors), I decided to go around the complex (actually get lost is a better term) and its nearby landmarks. After which, I noticed that a lot of time has already passed and so I really need to go to Kampong Ayer or else miss my chance of seeing the water villages.

I’m not really a nature tripping fanatic so though it interested me to see the proboscis monkey, I opted to just spend my time inside the water village. So, since the Ates (Pinay!) from the souvenir shop, already informed me of the things I need to remember when going to the village, I hopped on to one of the water taxis waiting near Yayasan. I asked the driver how much it would cost and he said that it’s BND1 (PhP35). I knew that the fare should only be 50Sen but I was willing to let it slide. However, a passenger about to board the same boat said, “It’s only 50Sen.” Yun na! Hahaha END_OF_DOCUMENT_TOKEN_TO_BE_REPLACED 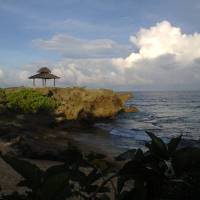 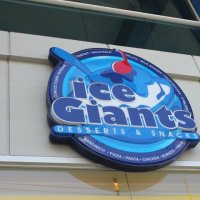