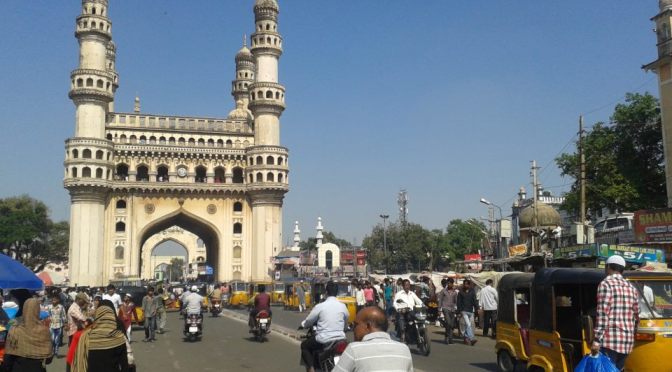 The most iconic monument of Hyderabad in Andra Pradesh (south India), Charminar is said to have been built between 1589 to 1592 BC (dates are not still debatable). It was supposed to be a monument to commemorate the founding of a new capital and the end of a plague. Charminar was commissioned by Muhammad Quli Qutb Shah, the 5th ruler of the Golconda Sultanate. Learn more about Chaminar at Wikipedia.

Beside Charminar is the Mecca Masjid (Makkah Masjid), one of the oldest mosques in India. It is called Mecca Masjid as Qutb Shah ordered the soil from Mecca to be made into bricks that were used in building the Masjid. Learn more about Mecca Masjid at Wikipedia.

Reminder: Women going inside the Charminar are not permitted alone, for some reasons I did not understand, nor explained. My CouchSurfing host Bhavesh for my Hyderabad/Secunderabad trip also was not able to explain. However, a dark secret was shared while we were on top: it’s a suicidal area, much like the famous bridges where people jump! Scary! This is also why visitors were limited to only the “first landing” area of the Charminar, which by the way is about six-floors high! So get ready! (I wasn’t as I was still carrying my weekender pack with additional sarees I just bought!)

Charminar: View from the top

The view from the top of Charminar lets you see the other major landmarks of Hyderabad like the High Court and Patel Market (garments and pearls) on one side, Laad Bazaar (bangles market) on another, then the Makkah Masjid area, and a former palace turned into a college and hospital. Hyderabad, actually, is called the City of Palaces, among its other monikers! 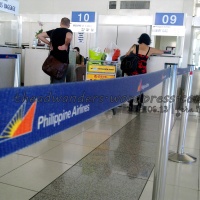 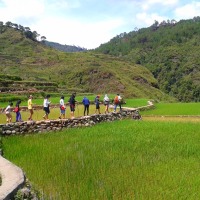 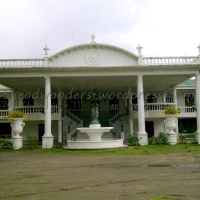 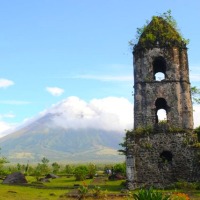 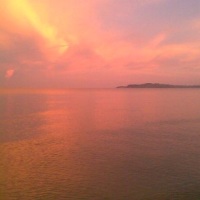