I first read about Buddha and Nirvana when I was in high school. Or at least that’s what I remember. But all I used to remember was this prince who meditated so hard that he became enlightened. No, don’t blame my teachers. It’s probably due to my lack on general interest for history at the time.

It was only when I traveled to Bangkok as part of my Backpacking South East Asia in 2011 that I had my first real encounter with Buddha, Buddhism and Nirvana.

Of course, I am not saying that I know a lot. But I think I know enough to say that I think the teachings of Buddhism (at least the ones I heard of) ring true, even today. Or, perhaps, especially today.

But anyway, this post is not really about Buddhism and Nirvana in the religious sense. More of in a historical and artistic note I think. You see, I have seen several versions of Buddha’s Sleeping Position (reclining for some) as he enters Nirvana–from golden statues to simple stone form to massive temple-sized carving.

I don’t know if it differs based on the sects or schools of Buddhism but one thing is for sure—all of these show the Buddha in a rested and peaceful state. I guess Nirvana really is enlightening. Or something like that. So, below are some of the Buddha’s Sleeping Positions that I have seen from different countries and states.

And, as bonus, I also included here a photo from the 4th Generation Bodhi Tree at the Mahabodhi Temple Complex in Bodh Gaya, Bihar, India. It is under the ancestors of this Bodhi Tree that Buddha was said to have attained enlightenment and entered the Nirvana.

Of course, I will be a liar if I’d say that I reached Nirvana or was “enlightened” in the same sense that Buddha did but I did feel great, as in kind of at peace, when I went to Bodh Gaya with my co-volunteers. Maybe someday, you can try it for yourself too.

If you want to visit the Mahabodhi Temple Complex and the other Buddhist temples at Bodh Gaya, you need to get in at Gaya Jn train station in Bihar and take a shared (Rs 20) or hired auto-rickshaw (tuktuk, Rs 150) or taxi (about Rs 500-700 at night). Leave a shoutout if you need more info.

You can also read on our experiences or see more temples and activities (esp monks) at Bodh Gaya. If you really want to, you can also watch my videos/playlist for the Bodh Gaya trip. 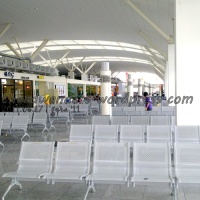 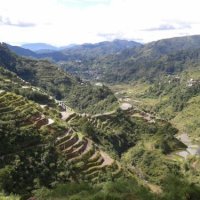 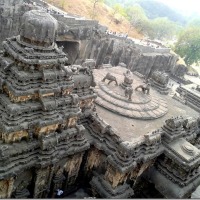